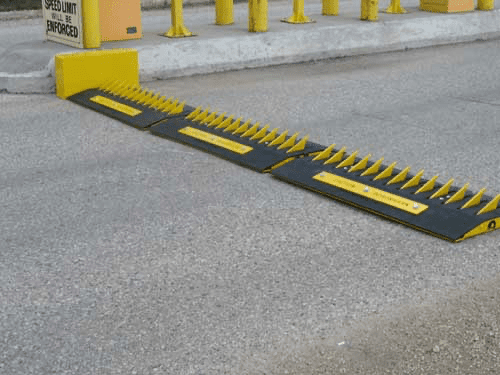 Toronto, Canada -Semi-Truck and Trailer compound. In 2010, thieves started a semi truck and exited the compound with the stolen truck and trailer by driving through the wooden gate arm. The trailer was later recovered however $200,000 in contents was stolen. Three months later another similar theft occurred. Roadshark International supplied a SME barrier, 12 feet in length with an electric controller. Incoming trucks do not have to stop, however outgoing trucks have to stop and the security guard to lowers the blades. No further thefts have occurred.