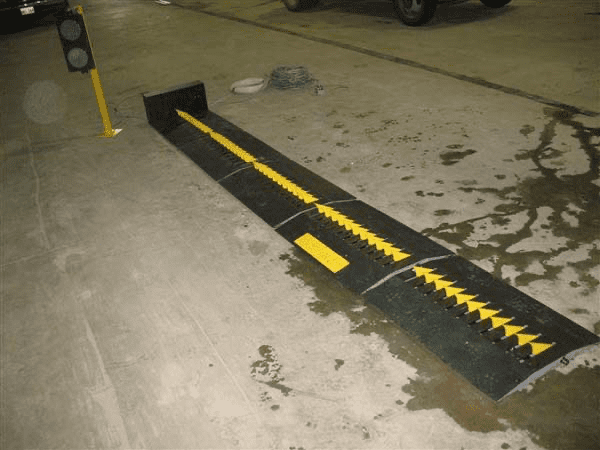 In January 2008 Roadshark International Inc designed a security solution for Coalition Forces in Baghdad, IRAQ. Vehicles were approaching military checkpoints at high rates of speed. Due to the constant threat of terrorists and car bombs many incidents ended with unnecessary (bloodshed) civilian shootings.

Roadshark developed a tire shredder spike system with input from the U.S. Army Corps of Engineers. A red traffic signal light directs vehicles to stop prior to the Roadshark barrier which is located 200 ft from the army personnel at the main checkpoint. After motorists stop and are identified, the blades of the barrier are lowered and the traffic signal turns to green and motorists are allowed to proceed. This allows for a 200 ft Safety Zone and more reaction time for troops to deal with incoming threats.